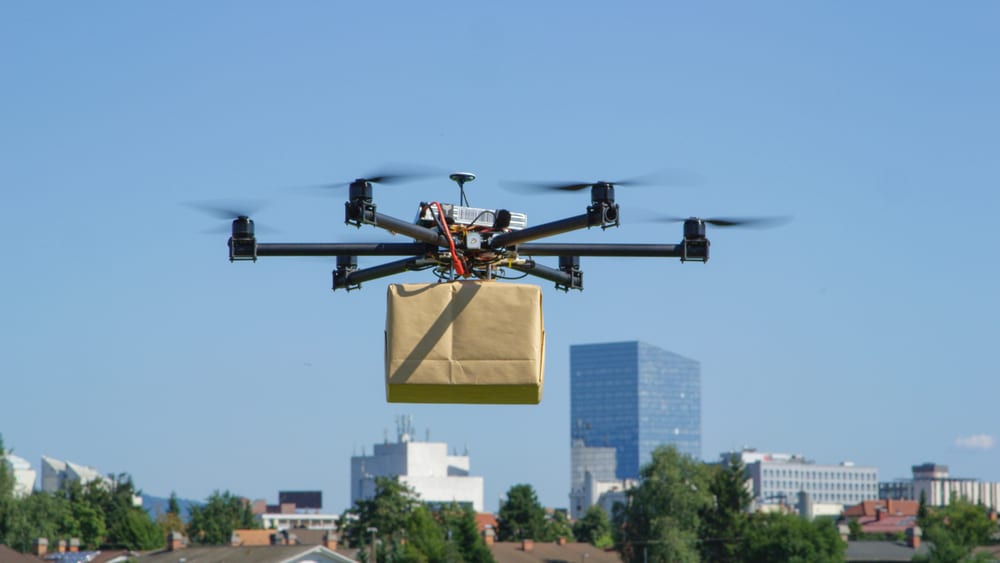 The worlds of drones and 5G mobile network technology – two of the most promising trends in digital payments and commerce – are colliding. That’s because Valqari, which describes itself as the “creator of the patented Smart Drone Delivery Mailbox and provider of last-inch solutions for drone deliveries,” is working with Sprint on a smart mailbox connected to the telecom’s HTC 5G Hub.

According to a statement on Wednesday (Sept. 11) from the two companies, “the blazing-fast, high-capacity mobile speeds provided by Sprint’s 5G will be essential for making autonomous drone deliveries to smart mailboxes successful. Valqari’s Smart Drone Delivery Mailbox will use 5G LTE connectivity to ensure seamless communication with drones for a fully automated delivery process while also providing a reliable, universal drone receptacle for package delivery and pickup.”

The news comes amid new developments in drone deliveries. For instance, to deliver prepared meals in dense urban environments, Uber is preparing to experiment with drones for Uber Eats. The company finished the first stage of testing in conjunction with McDonald’s at San Diego State University.

UPS, too, is going down the drone path – one that Amazon pioneered for retail delivery uses – and is seeking a certification to operate commercial drone flights. The company applied to the U.S. Federal Aviation Administration (FAA) for Part 135 certification under a subsidiary business called UPS Flight Forward. It could receive the certification as early as this year, enabling UPS to have one of the first fully certified, revenue-generating drone operations in the country. The certification allows drone flights beyond an operator’s visual line of sight, for flights occurring day or night.

For its part, Amazon is also experimenting with other – perhaps sexier – shipping innovations. For instance, Amazon has begun using Scout, its six-wheeled autonomous delivery robot, in a neighborhood in Irvine, California, according to a report.

As the company had been testing the robot in Seattle, it was said to be accustomed to many different types of weather conditions, including that of sunny California.

“Over the last few months, Amazon Scout has delivered thousands of smiles to customers just outside of Amazon’s headquarters in Washington state. All the while, the devices have safely and autonomously navigated the many obstacles you find in residential neighborhoods – trash cans, skateboards, lawn chairs, the occasional snow blower and more,” the company said in a blog post. “Scout has even made a handful of furry neighborhood friends, like Winter the cat and the excitable Irish terrier Mickey.”

5G, meanwhile, continues to see new deployments and real and potential use cases.

In March, Verizon and the NFL announced an exclusive partnership to create 5G-enhanced services for fans attending games. 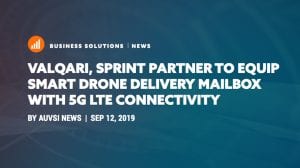 By MarketScale  Welcome to this week’s episode of “Drones in America,” a MarketScale podcast hosted by Grant Guillot. Guillot leads the Unmanned Aircraft Systems Practice Team for Adams and Reese,