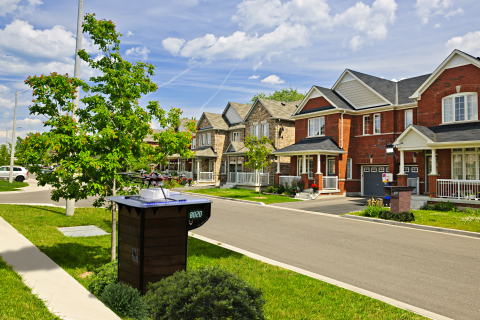 CHICAGO–(BUSINESS WIRE)–Valqari, a Chicago-based start-up, has solved the last inch logistic problems associated with drone delivery with its patented Smart Drone Delivery Mailbox, a universal drone receptacle for package delivery and pick-up. Backed with a strong international patent portfolio, the smart mailbox features agnostic capabilities to ensure seamless integration and communication with any drone manufacturer during a fully-automated delivery process. It is a concept that gives Valqari the ability to revolutionize drone deliveries for industries including pharmaceuticals, meal delivery and grocery services, governments and residential e-commerce.

This technology also puts Valqari ahead of major players, like Google, Amazon and Uber, when it comes to the end process of a drone delivery. To date, it is the only drone delivery solution to be issued utility patents in 13 countries and territories including: the U.S., the U.K., Germany, China, Hong Kong, Macau, Australia, South Africa, and several other countries in the European Union. This blocks competitors from entering the smart drone delivery mailbox market in these regions and positions Valqari as a true global leader.

“We knew the biggest hurdle facing drone delivery was that there was no standardized, safe and secure landing area. This gave us a clear vision from the start that our mission would be to provide the missing piece to the last stage drone delivery process,” said Valqari’s CEO and co-founder Ryan Walsh. “As a result, we beat major global companies in developing the winning solution with our Smart Drone Delivery Mailbox. In 2013, we saw that no one else had developed this technology, which is why it was critical for us to put a stake in the ground by immediately applying for utility patents to make us the only smart mailbox option for commercial and residential use.”

This comprehensive solution is the result of four years of development by Ryan Walsh and fellow Valqari co-founder Alexander Falesch. Back in 2013, the two realized the quickly approaching reality of drone deliveries. Through vigorous research and testing, they created a secure and practical answer for the final few inches of delivery since no other drone delivery application was addressing the need. In 2017, their vision became a reality with the Smart Drone Mailbox concept and Valqari was officially founded.

Now, as commercial drone deliveries become inevitable, as early as 2020, it will be a necessity that businesses around the world are equipped with Valqari’s complete solution. This will pave the way for the eventual progression into residential deliveries in urban, suburban and rural areas, with Valqari’s long-term goal of eliminating the need for traditional mailboxes.

Valqari will be on-site at AUVSI XPONENTIAL 2019 in Chicago (April 30-May 2; Booth 721) to meet with potential partners about testing delivery for medical supplies, groceries and meals, pharmaceuticals and smart cities. To learn more about Valqari’s capabilities or partnership opportunities for commercial and/or residential deliveries, visit www.Valqari.com.

Valqari is a Chicago-based start-up that has created the only drone delivery solution that has solved the last inch logistic problems with its patented Smart Drone Delivery Mailbox. It features communication technology that will allow for an entirely automated drone delivery. Valqari currently holds utility patents in 13 countries and territories including: the U.S., the U.K., Germany, China, Hong Kong, Macau, Australia, South Africa, and several other countries in the European Union. To learn more about Valqari visit www.Valqari.com.

Translate »
Manage Cookie Consent
To provide the best experiences, we use technologies like cookies to store and/or access device information. Consenting to these technologies will allow us to process data such as browsing behavior or unique IDs on this site. Not consenting or withdrawing consent, may adversely affect certain features and functions.
Manage options Manage services Manage vendors Read more about these purposes
View preferences
{title} {title} {title}