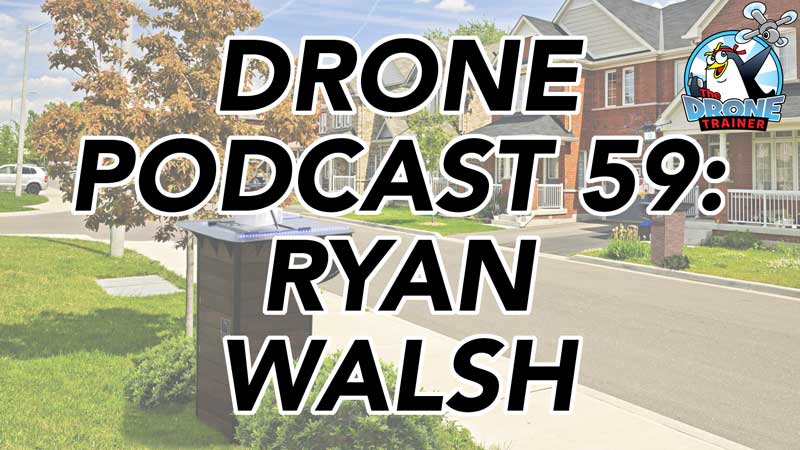 May 20, 2020 By Mohammad Salehi No comments yet thedronetrainer.com

Welcome to episode 59 of The Drone Trainer Podcast! This week we’re going to discuss drone delivery with Ryan Walsh, CEO of Valqari based in Chicago. Check this episode out and subscribe on iTunes or Google Play so that you don’t miss this or any of the future podcast episodes!

The key to Valqari’s success isn’t flying drones beyond visual line of sight, or navigating between distribution centre to the general delivery area, but rather the last few inches of delivery. Ryan and his team have developed a mailbox receiver system to “handshake” with the drone, and ensure a safe and successful delivery. Since his team isn’t spending time on the other aspects of flight, they are mastering the close proximity last few inches of drone delivery, and their solution works with both DJI and PX4 powered drones. In addition to those systems, Valqari has also developed their own drones.